This Post is likely based on a New Indian Express report, published on 4 November, which claimed that the "GATE might be compulsory of engineering students as exit exam.”

The AICTE notice by its Vice Chairman Prof M P Poonia reads, “AICTE has noted with concern that some newspapers have carried an item stating that AICTE is deciding to make GATE as the mandatory exit exam.” and fake news started to spread all over social media

Earlier, the Higher Education Secretary R. Subrahmanyam had also clarified that the news published that ‘GATE exam is being made compulsory for all engineering students’ is ‘incorrect’. 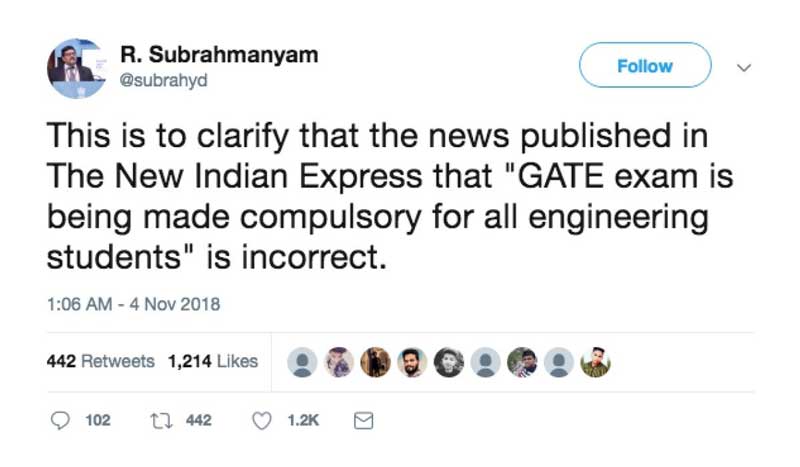 GATE is a national level entrance exam conducted by the IITs for all the students wishing to pursue M.Tech in IITs, NITs, GFTIs and major universities across the country. A number of Public Sector Units recruit candidates on the basis of their GATE scores.

So answer for "Is the GATE 2020 compulsory for all engineering graduates" is  BIG NOO!, GATE Is Not Mandatory for Engineering Students as Exit Exam

WHAT DID THE REPORT SAY?

Quoting a source from the All India Council for Technical Education (AICTE), the report had claimed that students pursuing a technical course in the academic year 2019 - 2020 might have to take the GATE as an exit exam, after a resolution to the same extent had been passed by the AICTE at a meeting.

The report had further claimed that a student would be awarded a degree in engineering only if they cleared the exam. The move was reportedly done in a bid to curb the increase in unemployed graduates and to keep a check in the quality of education in engineering institutions.

On 20 November, the AICTE issued a notice rubbishing the report, stating that no decision had been taken regarding the GATE as a mandatory exit exam. 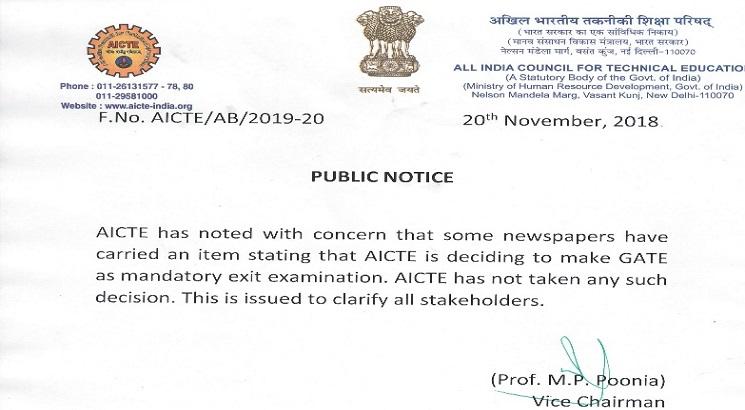 This post was requested by many of our InJNTU Volunteers.

FAQ: Is the GATE 2020 compulsory for all engineering graduates ? -